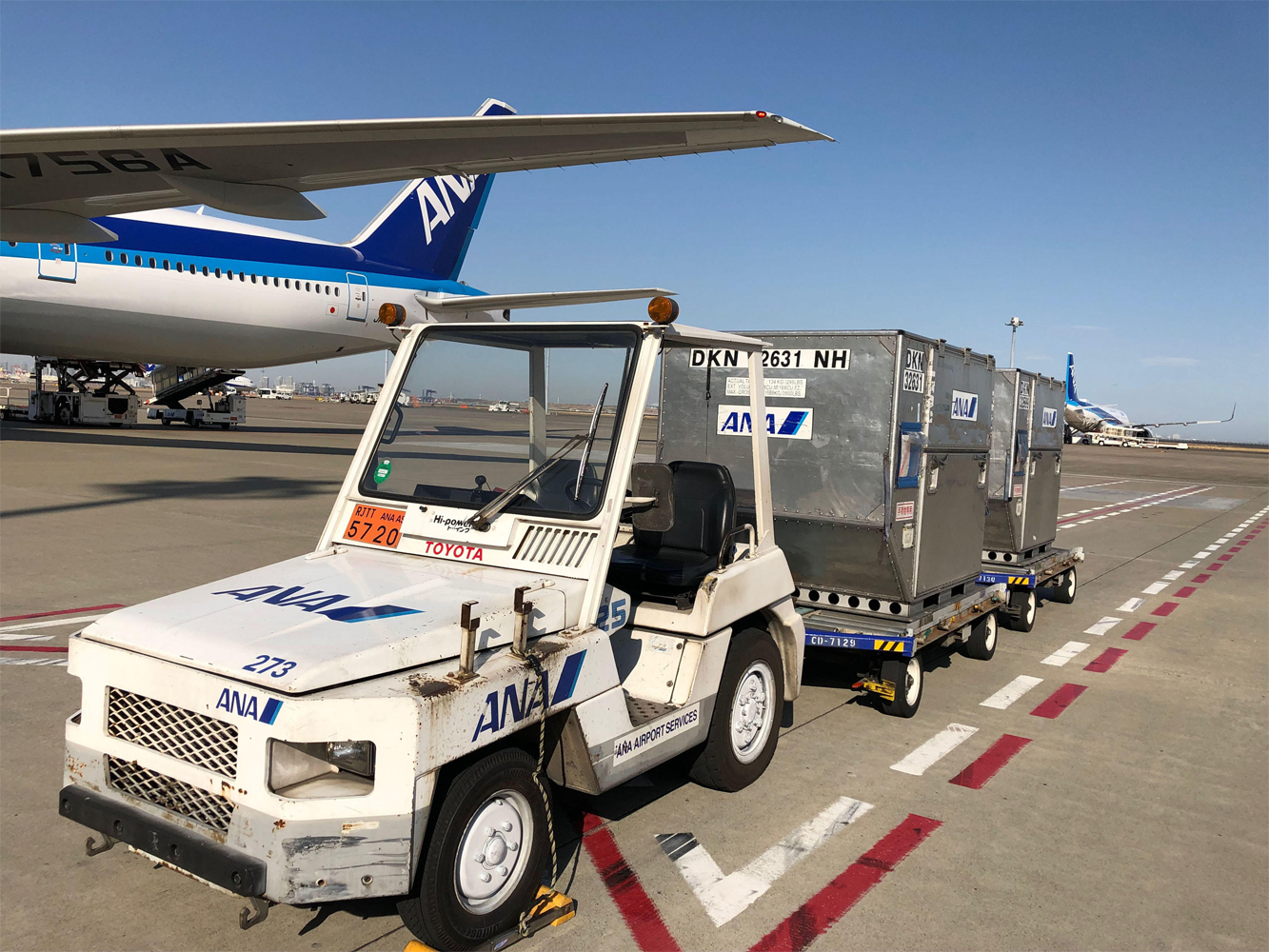 All Nippon Airways (ANA), Japan’s largest and 5-Star airline for eight consecutive years, will partner with Toyota Industries Corporation (Toyota Industries) to conduct a test of the latest autonomous towing tractor in the restricted area at Tokyo Haneda Airport from March 29 to April 2, 2021.  These trials be the first to take place at Haneda Airport.

“Our work with Toyota Industries has led to several successful autonomous towing tractor tests that we have continually learned from,” said Masaki Yokai, Senior Vice President of ANA. “We are excited about the opportunity to take this technology one step further by running trials at Haneda Airport. As we work with Toyota Industries to create the Simple & Smart airport of the future, ANA remains committed to integrating advanced technology in order to improve the travel experience.”

“We are collaborating with ANA at Haneda Airport to accelerate the development of innovative technology,” said Hisashi Ichijo, Executive Officer of Toyota Industries. “We are making important breakthroughs that bring us one step closer to our goal of establishing autonomous driving technology that is able to make airport logistics smarter around the world.”

For this latest round of tests, Toyota Industries will introduce a newly developed autonomous towing tractor equipped with higher location tracking abilities that ensure smooth operations between indoor and outdoor environments. This advanced, high-precision model is able to transport a large amount of cargo, even in the congested driving conditions found at Tokyo Haneda airport. The new tractor boasts increased location tracking abilities and improved towing capacity – even on inclined surfaces. In addition, a plastic glazing window developed by Toyota Industries has been used in the cabin to ensure greater safety while also reducing its weight.

The autonomous towing tractor being tested is a breakthrough and features the latest technology. By building on the information gained from prior tests, the vehicle will be equipped to navigate open spaces as well congested environments. It is equipped 3D LiDAR and a 2D laser scanner, as advanced
components that allow it to constantly track its position via road pattern matching and GPS.

The latest autonomous towing tractor ANA has previously conducted tests of autonomous vehicles in the past at Kyushu Saga Airport and Nagoya Chubu Airport, and these upcoming trials will measure the performance of the latest model, confirming that it is able to operate safely and efficiently in a major airport setting. If the vehicles perform as expected, ANA aims to begin utilizing autonomous technologies beginning in October. ANA projects that this technology will be widespread by 2025 and will form a crucial component in the “Simple & Smart” airport of the future. ANA has worked with Toyota Industries to conduct tests of autonomous towing tractors since 2019 as part of an effort guided by the Japanese Government’s Ministry of Land, Infrastructure, Transport and Tourism. The initiative aims to position Japan for long term success in a rapidly changing environment as labor shortages resulting from the decline in the population accompany economic expansion and increased production.

ANA and Toyota Industries will continue working together to advance automation in the aviation industry.